Notice: get_currentuserinfo is deprecated since version 4.5.0! Use wp_get_current_user() instead. in /home/m0f7mdar4kkn/public_html/wp-includes/functions.php on line 4648
 The Not So iLife of Apple – AMD LAW GROUP

The Not So iLife of Apple 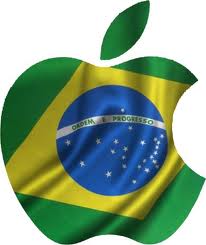 “The Not So iLife of Apple”
By Kathleen Melhorn, AMD Law Staff Writer
With the entire hype surrounding apple, one would assume it was the only company to use the “i” before the name of the product it was selling. Unfortunately, this is not true in Brazil where Apple has been sued for using the term “iPhone”. Brazil is the largest Latin American country and Apple products are currently on the market there. However, other electronics companies are there as well. Among them is Gradiente, or iGB electronica, an electronics production company founded in 1964. Among the companies many products including television sets, home theatres, and stereo systems, is the mobile smart phone. Not only is it just any smart phone, but the most popular product is called “iphone”.
After requesting copyright back in 2000, the Brazilian phone company called Gradiente had complete ownership of the term “iphone“ by 2008. Back in the United States in 2007, Steve Jobs announced the iPhone. Only the separation of uppercase P separates the two phones and because Apple sells products in Brazil, a lawsuit was issued. The products are not very similar. The phone in Brazil is an android phone and is also a product of one of Apple’s biggest competitors, Google. The Brazilian phone is the same shape as the popular Apple product but it only has similar features and is actually very different and much cheaper.
This issue is very similar to Apple’s very controversial battle with Cisco systems back in 2007 when Cisco claimed Apple stole the term iphone from them first. The Cisco iphone was a phone that was connected to internet systems and was being sold all over the country. The two companies were able to settle the dispute over a matter of six weeks, but it was not announced to the public what Apple had done to earn their right to use the term again. Now in 2013, Apple has made a reported 205 billion dollars off the iphone alone in a matter of six years. It’s no secret that this product is a great success.
Now, after a lengthy trial, the small Brazilian company has won. They technically patented the name first so they have rights to the product name. Now the debate in question is whether or not Apple will stop selling the product in Brazil, where many profits could be lost, or pay the small company for the rights to use the term. Experts say that the pay-off might be a better solution for Apple since the country has such a large population, but the terms have not been disclosed.
Sources
Goldman, David. “Apple Sells 48 Million IPhones, but Profit Squeezed.” CNNMoney. Cable News
Network, 23 Jan. 2013. Web. 17 Feb. 2013.
NEWS, FOX. “IPhones in Brazil Powered by Google Android, Not Apple.” Fox News. FOX News Network,
14 Feb. 2013. Web. 17 Feb. 2013.
AMD Law — www.amdlawgroup.com — (347)699-4AMD (4263)

Brand Interaction: Take it from a Millennial


Notice: Undefined variable: i in /home/m0f7mdar4kkn/public_html/wp-content/themes/amdlaw/single.php on line 96